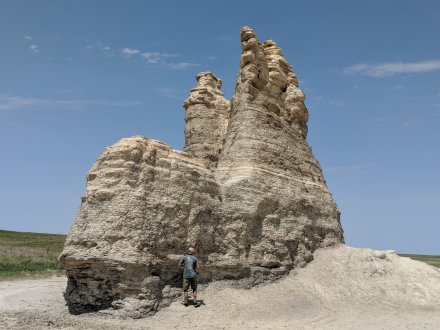 Traveling through Western Kansas with a few minutes to waste, the Internets suggested there’s more to the state than flat and wheat.

There are some unlikely sedimentary rock formations, among them Castle Rock, one of the Eight Natural Wonders of Kansas.

Although the drive was only about a dozen miles, the road was not paved. But we were able to go 55 mph through cow and oil country.

Castle Rock itself wasn’t overly impressive, but there is an interesting weathered sandstone cliff formation overlooking the castle that was worth the visit. 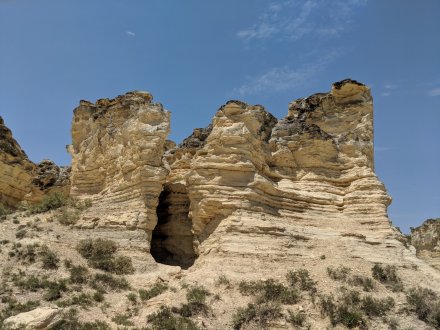 There was a colony of cliff swallows flitting about, flying on and out of meetings holes in the sides of the cliffs. And Alan caught a glimpse of a sage thrasher.